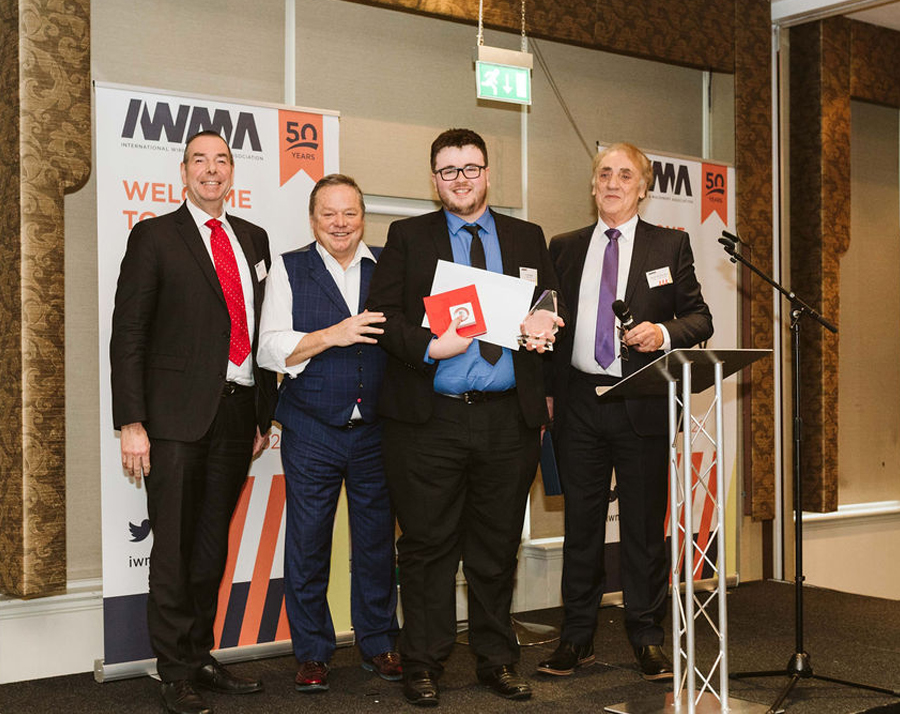 As part of its 50th anniversary this year, the IWMA is celebrating its Wire & Cable Industry Young Person of the Year Award. Cimteq is delighted to announce that Alun Owens, one of its newest Support Team Leads, has been announced as the Award winner.

The cable industry, like many other manufacturing industries, has found it difficult to recruit staff at the skills levels needed to build the smart factories of the future.  This new Awards programme wishes to reflect the efforts of the next generation of talent.

Alun was announced as winner at the IWMA Industry Lunch at Mere Golf Resort and Spa, Knutsford on 5 February 2020. He will benefit from a prize of £500 as well as his name and that of Cimteq being promoted to hundreds of IWMA member companies across the globe.

As well as being under the age of 30 and being with his company for at least a period of 12 months, Alun needed to display a number of qualities to qualify: a significant and sustained contribution to his organisation and work colleagues; a commitment to company objectives above and beyond that normally expected at their level; and enthusiasm for their own professional development.

Robert Douglass, Cimteq’s Operations Director, explains why Alun proved such a worthy winner: “Whilst Alun’s programming skills are unquestionably of a high standard, it’s the way in which he applies himself that makes him such an impressive colleague. He’s only a couple of years into his career following his BSc in Computer Gaming and Programming Skills at Glyndwr University and yet he has already developed an innate understanding of how to match software functionality to real-world business requirements.

“Winning this award is a great achievement for Alun. His hard work and dedication at Cimteq is very much appreciated. Well done!”

Alun adds:  “It’s really exciting! I’m blown away by my employer taking the time to nominate me; it’s made me feel hugely valued. Even to have made the shortlist I see as a real achievement but to win is something else!”