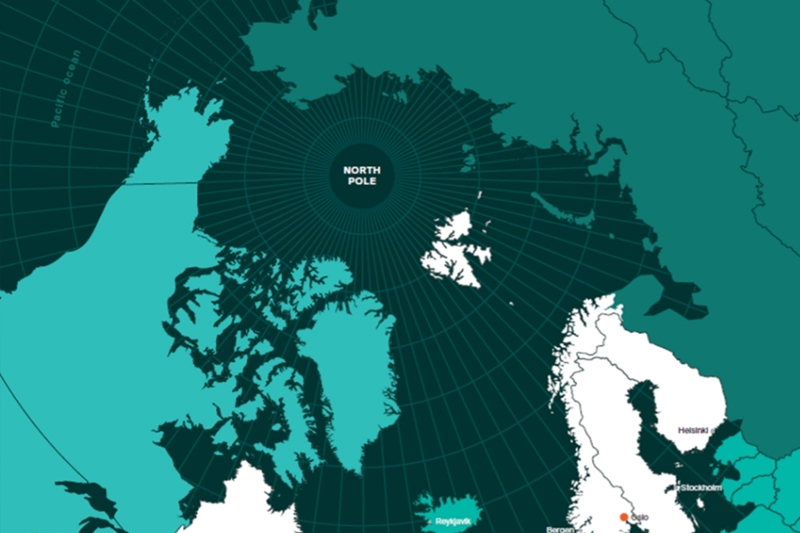 The Leif Erikson Cable System will consist of a 4.200 km direct link between southern Norway and Atlantic-Canada connecting into Goose Bay, including plans to extend the system terrestrially back to Montreal. The Leif Erikson system will be the first trans-Atlantic cable powered with 100% renewable energy in line with Bulk’s vision to bring sustainable infrastructure to a global audience.

The Leif Erikson subsea fibre cable will form a northern route between Norway and Canada with 100% renewable energy feed from both sides of the Atlantic.

WFN Strategies will act as the project planner, designer, and implementer, establishing an initial understanding of the telecommunications infrastructure which will need to be constructed; creating a high-level plan (technical requirements and timeline) for developing that infrastructure; identifying any obstacles or issues in constructing the infrastructure, and providing budgetary cost estimates for the Leif Erikson Cable System project. WFN will bring long term industry experience into project planning and management.

“We are pleased to formally kick off the Leif Erikson project together with WFN,” said Peder Naerboe, Founder & Executive Chairman at Bulk. “WFN’s experience with submarine cable projects in the arctic regions as well as their determination to include Sustainability as a key element all through the project management makes them the ideal partner for us in a project like Leif Erikson.”

“We are excited to be working with Bulk in preparing the Feasibility Study for the Leif Erikson submarine cable project,” said WFN Strategies Managing Director, Wayne Nielsen. “Bulk Fiber Networks continues to demonstrate success in project execution and making sustainable digital infrastructure available for a rapidly expanding industry. This project draws nicely on our cable engineering and development capabilities, and we look forward to supporting this new system.”

In the Norwegian end of the Leif Erikson system, a prosperous Nordic Data Center industry is rapidly becoming a sustainability hub in European Digital Infrastructure. The Nordic governments support digital infrastructure development at scale. As an example the Norwegian government issued in 2018 a national data centre strategy: “Powered by Nature: Norway as a Data Center Nation.” A critical element to achieving this vision of the Nordics as a sustainable Digital Infrastructure hub in Europe is the availability of high-capacity dark fibre, including low-latency pathways to North America and Central Europe. The Leif Erikson system would be a hallmark project in such respect, and would furthermore be the first trans-Atlantic fibre system that would be powered by 100% renewable energy on both ends. This was also acknowledged by the Global Carrier Awards when shortlisting Leif Erikson for special recognition in the 2021 awards to be announced later this month.