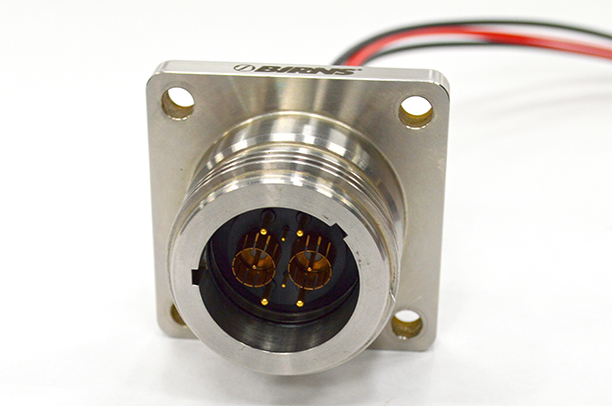 BIRNS, Inc. has launched a new range of coaxial subsea connector contacts with unheard of performance characteristics. The BIRNS Millennium™ series connectors developed with the new contacts have had groundbreaking testing results, including a maximum insertion loss of 0.7 dB at signal frequencies to 3GHz, with an associated maximum SWR (Standing Wave Ratio) of 1.7:1. Even more remarkable, the new coax contacts withstand open face hydrostatic pressure to depths of 1433m so far in initial testing protocols, with more testing currently under way. Additionally, the new design provides incredible ease of assembly and connects directly to a standard MIL-STD-348 SMA connector.

RF contacts in the subsea connectivity market are typically unable to withstand any open face pressure resistance whatsoever (or offer poor signal performance), due to the design demands of controlling electrical impedance and the challenges found affecting characteristic performance of dielectric materials. “The geometry of a typical 50Ω coax contact consists of a center conductor, outer conductor and a dielectric between. The ratio of the distance between the center conductor and outer conductor must be maintained to prevent impedance discontinuity,” said Jeff Hager, BIRNS Mechanical Design Engineer. “Preventing the dielectric and or center conductor from being extruded from the outer conductor or creating a leak path under pressure would have to include radial transitions, seals, and compression resistant materials—however, coax contact designers in the marine industry have historically avoided such features to control impedance.”