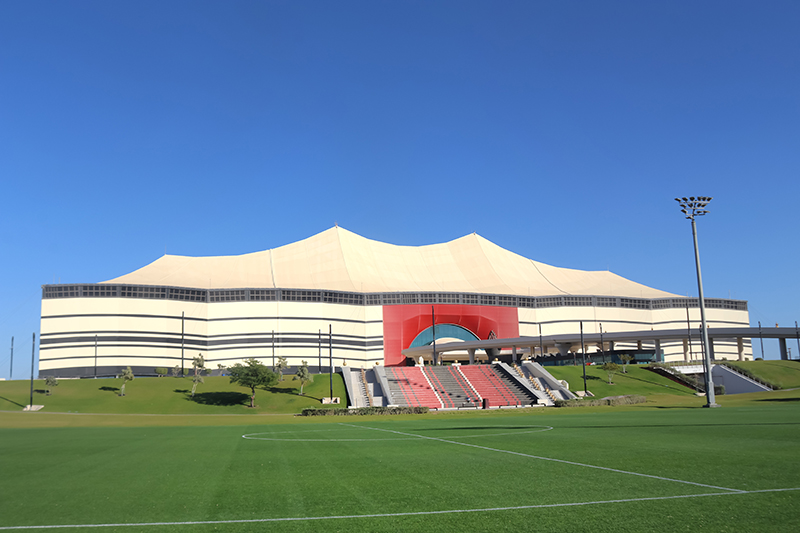 In 2010, it was announced that Qatar will host the eagerly anticipated tournament, and Gravity Media and Belden were then awarded the projects to deliver broadcast systems for four stadiums for the first-ever tournament of its kind in the Arab world. Since then, Qatar has been a hive of activity as it equips the host stadiums with the latest broadcast technology. And November 21 officially kicked off the one-year countdown to the opening of the world’s biggest football tournament.

“It was an honour to be involved in such prestigious projects,” says Eamonn Dowdall, Executive Director for Gravity Media, “With the combined expertise of Belden and Gravity Media, the solutions provided will support the stadiums’ needs well into the future.”

The respective installations required Belden’s innovative broadcast solutions including SMPTE, Triax, Video, Multi-Core Audio, and single-mode fibre cable – enabling host broadcasters to connect their facilities to 50+ camera positions in each of the stadiums which include interviews, arrivals and other off-field activities. This will enable broadcasters to transmit content to billions of fans around the world while simultaneously future-proofing the stadiums’ systems for long-term, sustainable use.

Fans will be treated to four matches per day during the group stage – another first – and last just 28 days, culminating in the final on Saturday 18 December 2022, also marking Qatar’s National Day.