CPR for Cables, Two Years On 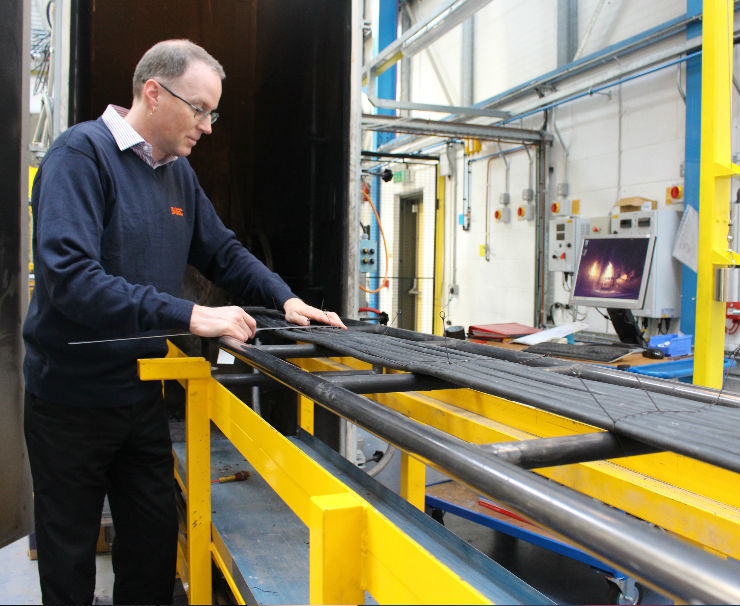 It is now two years since CPR went live for cables across Europe, and one year since manufacturers and suppliers became obliged to classify and CE mark their cables and provide Declarations of Performance (DoPs) for end users. What have we learned in that time? How has the market responded to the need for additional credentials for cable? Specifiers and end-users are demanding higher classifications for cables. How can manufacturers and suppliers achieve this through improving the performance of their cables?

BASEC is one of the leading Notified Bodies working with manufacturers and suppliers to test and classify cable. As a result, BASEC has worked on a large number of projects across many cable types. Although our work with individual customers remains confidential, we can provide some general observations and suggest common approaches that may be advantageous for manufacturers and suppliers to adopt.

What have we learned?

While end users will only have seen DoPs and new CPR labels, behind the scenes manufacturers and suppliers have been busily working with Notified Bodies to have families of product tested and classified, having their factories and distribution facilities audited, and communicating CPR credentials down the supply chain to end users in a controlled manner.

CPR offers manufacturers and suppliers many options with regards to the classification of cables, including a range of performance classes and optional additional tests. In the early days, many manufacturers undertook swift test work to achieve class Eca, the entry level for most cables. The process is quick and cost-effective, as it involves only the simplest of tests, the 1kW flame ‘Bunsen burner’ test. Now, more manufacturers are looking strategically at their cable portfolio and seeking customer input to class requirements, which appears to be driving requirements upwards. For classes Dcaand above, large-scale vertical ladder testing to EN 50399 is needed, which is more complex. In additional, optional additional tests such as acid gas and smoke emission are available. There is also a change of certification approach between classes Dcaand Cca, meaning that manufacturers have more responsibilities for what happens at the factory for classes Cca and above.

The Declarations of Performance and product labelling are enforced by local Market Surveillance Bodies, rather than by the Notified Bodies, but this has not stopped suppliers referring questions and queries to BASEC. Initially, many DoPs referred to BASEC contained errors, many minor but some of more importance. Two years on, most DoPs are now error- free and contain all the necessary information, in the right format.

Considering the complexity of bringing in CPR for cables, the whole process has run quite smoothly. This is because of good preparation by most manufacturers and with sufficient capacity amongst the Notified Bodies to assist them.

How can manufacturers and suppliers improve the performance of their cables to achieve the higher classifications?

Most manufacturers have simply tested their regular products without making modifications. Better organised manufacturers, who had prepared well before the launch of CPR, were confident of their likely performance and went straight to large-scale testing at the higher classes. In the initial months, BASEC tested a significant number of cables to EN 50399. Some of these cables, however, performed less well than their manufacturers were hoping, some so poorly that they did not even achieve class Dca. In particular, some cables with friable exterior layers but with very combustible interior components we found to be prone to loss of integrity and therefore achieved disappointing results. If a cable contains combustible interior components, the performance of the sheath or jacket material to the test burner is key to overall performance and classification.

Progressive manufacturers are now revisiting their cable specifications and classifications, many seeking to upgrade performance levels to classes Cca or above. As this may require cable designs to be reassessed, they are increasingly engaging with compound suppliers. Care should, however, be taken to avoid invalidating other approvals, should compounds be changed.

How has the market responded to the need for additional credentials for cable?

CPR introduces greater transparency about the supply of cables, which has affected the way traders and distributors issue Declarations of Performance. While it is possible for a trader to issue DoPs in their name, they cannot do this without also holding classifications in their own name. Most Notified Bodies provide a service to supply chain partners so that test results can be shared and new classifications issued, even if products are sold using different part numbers. Some distributors had been slower to pick up this requirement and as a result were not able to issue their own DoPs for a period, but many have now caught up.

Where to next with CPR?

As CPR settles down, we now start the next phase, where end users and specifiers, including specialist electrical and fire engineers, get used to the new classification system and use this information in their building designs, either to meet regulatory requirements or by taking advantage of better information on the reaction to fire performance of cables. This may drive further improvements by manufacturers.