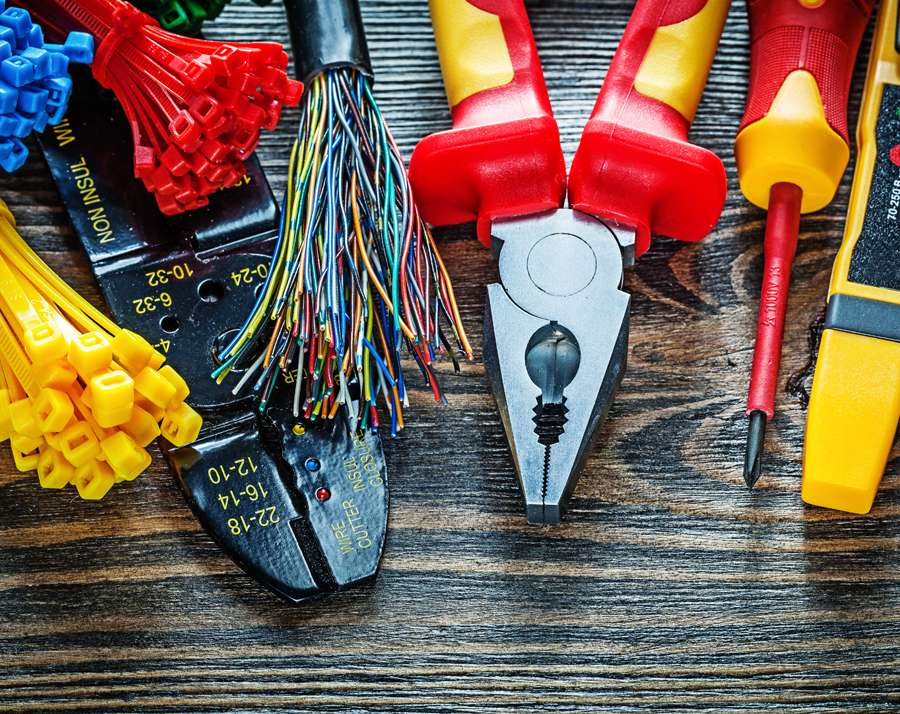 Energy efficiency is all about consumer products, isn’t it? Nowadays we are very familiar with energy efficiency labels stuck onto new refrigerators, washing machines and the like. Choosing the right appliance could save significant sums over time. Could a similar approach be taken with passive components like installation power cables? The IET Wiring Regulations, now in their 18th Edition, appear to be heading in that direction.

It was expected that the 18th edition of the IET Wiring Regulations (BS 7671) would include new requirements on energy efficiency. The draft for public comment (DPC) of included proposed text for a planned Part 8 of the Regulations, based on IEC 60364-8-1:2014, including the optimisation of cable size to reduce long-term energy loss. When the final version of the 18th Edition was published, however, it revealed that the approach had been downgraded to guidance, now found in an informative Appendix 17. So, do electrical specifiers, designers and contractors need to do anything at present, or should they wait for a future amendment? The answer is that they may do if they wish if it makes technical and economic sense.

Copper and aluminium conductors used in cables all have measurable electrical resistance, which reduces with increasing nominal size. Whenever a conductor passes an electrical current, the resistance of the conductor will dissipate some of the energy as heat. This also results in a small voltage drop. Excessive voltage drop can make it difficult to start motors or reduce the output of lighting. With longer cable runs, the effect of resistance is cumulative, resulting in larger voltage drops. For this reason, the IET Wiring Regulations already include requirements to take account of voltage drop when sizing supply cables. This is normally achieved by increasing the size (nominal cross-sectional area) of the cables by a size or two, depending on the run length.

A comprehensive approach to energy efficiency, as seen in the new Appendix 17, is much more than simply up-sizing cables to reduce thermal losses. Other factors such as harmonics and capacitive or inductive loads need to be considered as they can have significant effects on the cables and the whole installation. More importantly, the overall design of an installation, including nowadays local generation and storage, can have a significant effect on overall usage and losses. Using the so-called barycentric method, the optimal location for relative locations of supplies and loads for a generation, incoming supplies, switchgear, transformers and loads in a building may be determined. While this approach can be applied easily in brand new buildings, existing building retrofits may be less amenable to the approach, as practical issues and constraints may prevent its effective use.

Routing of cables into and around buildings may, at the present time, be secondary to the design requirements for function, productivity and the movement of goods and people. However, for energy-intensive users, it may be worth considering. calculating the long-term losses that may occur if the design is sub-optimal, and to balance these with other operational aspects. The practice of electrical services such as switch rooms being slotted into odd corners of buildings could be effectively challenged.

Another important aspect is the estimated lifespan of the building and its cabling, and the prospects of it needing to be upgraded over time due to historically increased demand. We are beginning to see a levelling out of supply-demand, and in many cases seeing a reduction, as improvements are seen in the efficiency of, for example, lighting. Some buildings are designed for long-term, stable occupancy, for example, many public buildings, whereas others are designed with a shorter lifespan in mind. Shorter lifespan buildings might include some commercial offices and retail premises. Longer term buildings might be expected to be occupied for up to 50 years, while shorter ones maybe 10-15 years. Building lifespan can have a great bearing on the economic viability of optimising electrical energy efficiency measures such as cable size.

The benefits from optimal sizing to reduce losses must be balanced over the lifespan of the building with the up-front costs of additional copper and the infrastructure required to employ larger cables, perhaps balanced by other savings in M&E services.

Overall, if projected usage over time warrants the consideration of energy efficiency measures, there is no better time than at the early stages of a project. The methods of assessment are already in place, though at present are voluntary. BASEC looks forward to seeing some of these measures being applied in projects over coming years.