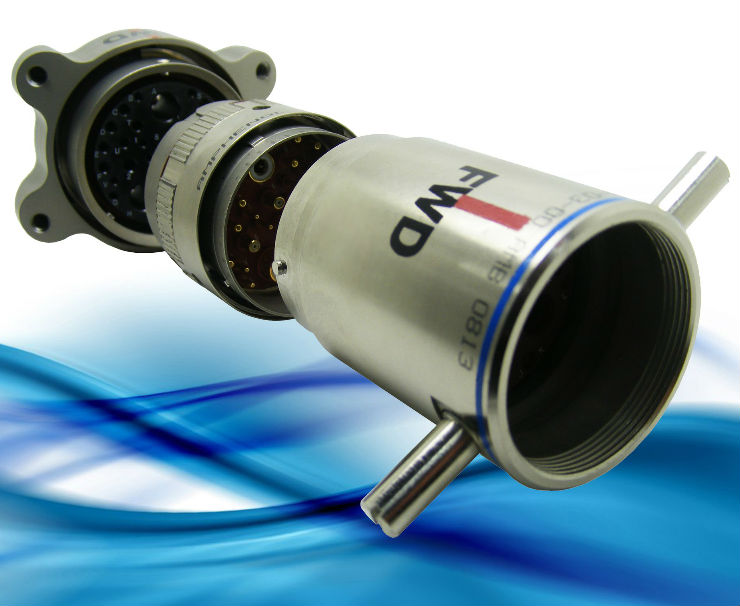 Amphenol Ltd exhibited its range of MIL-STD-1760 Type II rail-launched weapons release connectors at Farnborough 2016. This is the standard air launched missile interface for future weapons and is used on current systems such as the MBDA Meteor program.

The connector system is designed in accordance with MIL-DTL-83538 and consists of three independent components, an aircraft connector (ASI), a missile connector (MSI) and a buffer. The connector interface is the MIL-DTL-38999 25-20 contact arrangement and includes signal, co-axial and twin-axial contacts with fibre-optic contacts also available.

The ASI and buffer are connected using a bayonet mating mechanism with the primary role of the buffer being to protect the aircraft umbilical cables from damage during missile deployment.

During firing of the missile the actuator pulls the ASI/Buffer physically away from the MSI and the missile is fired.

A full range of protective caps and accessories is also available. For more information please contact us: info@amphenol.co.uk