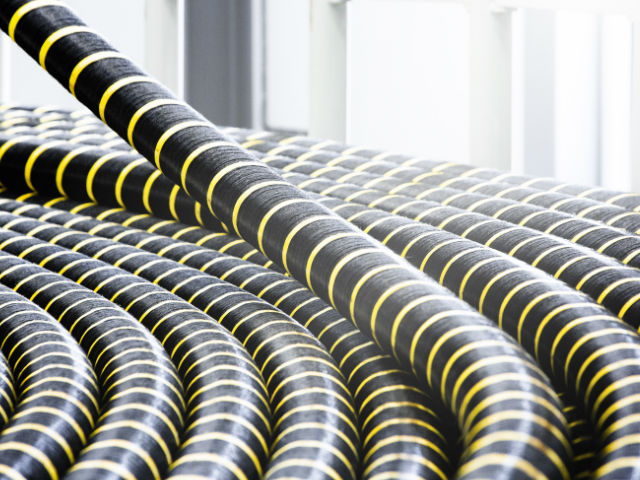 Zurich, Switzerland, March 31, 2016 – ABB has won an order worth more than $250 million from Danish energy company DONG Energy to deliver a 220-kilovolt (kV) high-voltage cable system that will connect the Hornsea Project One Offshore Wind Farm in the North Sea to the UK mainland grid. This is the third project that ABB will execute for DONG Energy, following the Burbo Bank Extension and Walney Extension links in the Irish Sea.

Hornsea Project One will be the world’s largest capacity offshore wind farm, capable of generating 1.2 gigawatts of renewable energy and bringing clean electricity to well over one million UK households. ABB will supply alternating current (AC) submarine cable systems for the Eastern and Western circuit, which will transmit power across a distance of around 120 kilometers from the wind farm to the east coast of the UK.

The over 400-square-kilometer wind farm will contribute to a significant increase in the production of clean power from offshore wind. This will reaffirm the UK’s position as the world’s leading offshore wind power contributor and take the country closer to its target of achieving 30 percent of its total energy production from renewable sources by 2020 and reducing carbon dioxide emissions. The wind farm connection is scheduled for commissioning in 2019.

“High-voltage cable links are playing a key role in transmitting clean power to millions of people, efficiently and reliably” said Claudio Facchin, President of ABB’s Power Grids division. “This is another example of how ABB technologies enable the integration of renewable energy and lower environmental impact, a key element of the company’s Next Level strategy.”

“Hornsea Project One is record-breaking in terms of scale of energy production, physical size and its distance from shore, and we have worked together with ABB to find the best technical and commercial solutions. This joint approach has helped create the right solutions for this large and challenging project and has also enabled us to drive the lifetime costs in the right direction for the next generation of offshore wind sites” said Duncan Clark, Programme Director for Hornsea Project One at DONG Energy. “We look forward to continuing to work together with the ABB on the safe and timely execution of the project.”

ABB has an extensive track record in projects connecting offshore wind farms. Cable systems are significant components of sustainable energy networks, transmitting vast amounts of electricity over long distances, underground or underwater. With over 130 years of experience in the cable business, ABB is a global leader in high-voltage cable systems across numerous applications and has commissioned hundreds of links around the world.

ABB (www.abb.com) is a leading global technology company in power and automation that enables utility, industry, and transport & infrastructure customers to improve their performance while lowering environmental impact. The ABB Group of companies operates in roughly 100 countries and employs about 135,000 people.