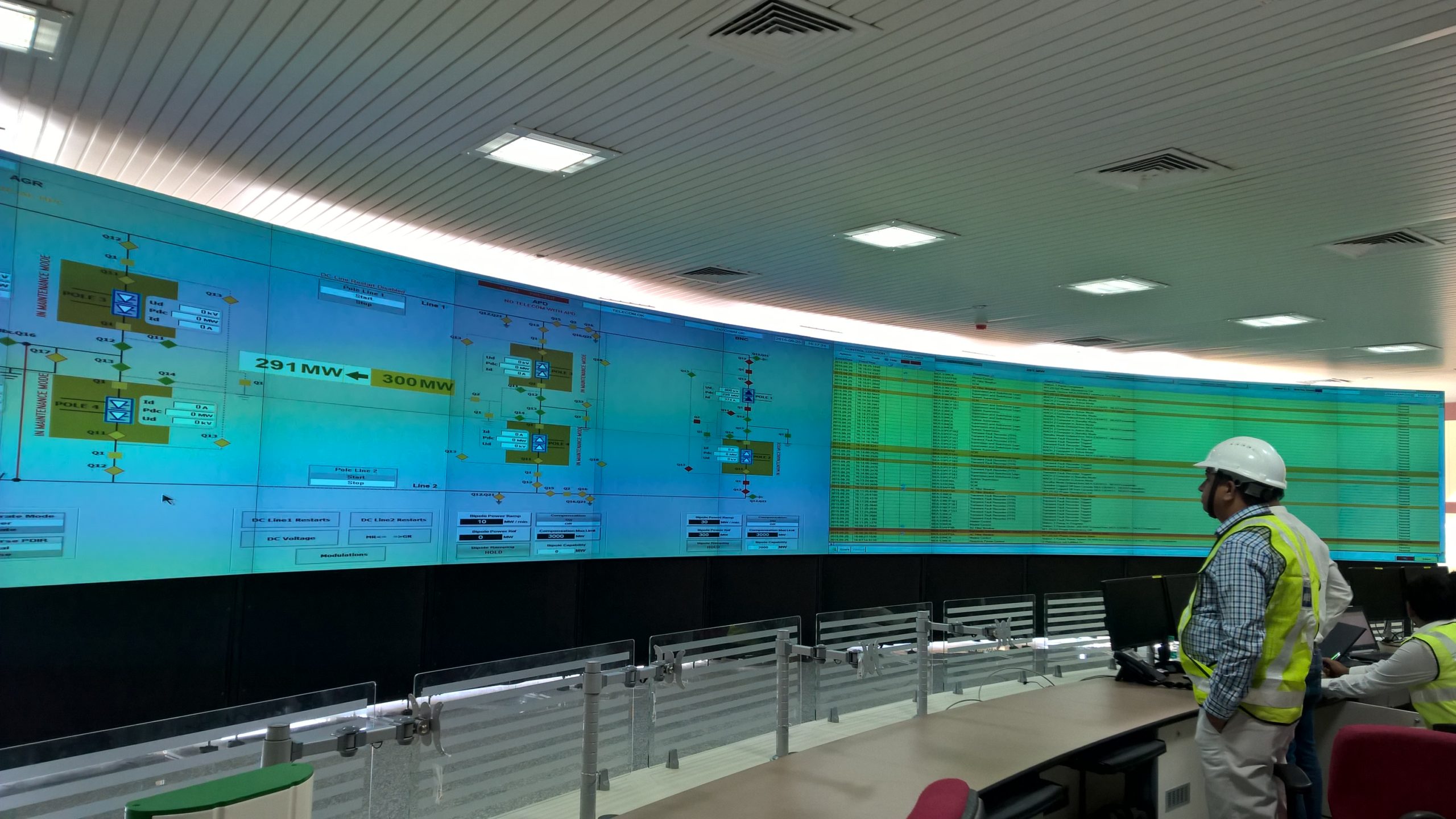 ABB, the leading power and automation technology group, has energized the first pole of the North-East Agra 800 kilovolts (kV) Ultra-high voltage direct current (UHVDC) transmission link, which will supply clean hydropower from northeastern India to a substation in Agra, home of the Taj Mahal, and from there, feed it across north India.The project is being executed by ABB together with Bharat Heavy Electricals Limited (BHEL), a leading government-owned power company, on a turnkey basis, including design, system engineering, supply, installation and commissioning for Power Grid Corporation of India Ltd (POWERGRID), India’s central transmission utility.

This completes phase one of the project, which enables transfer of up to 1,500 megawatts (MW) of electricity along this link, across a distance of 1,728 kilometers. When fully commissioned in 2016, the link will become the world’s first multi-terminal UHVDC connection, capable of transmitting enough electricity to serve around 90 million people, based on average national consumption.

The North-East Agra link will help address the shortage of power in north India by transporting hydropower generated in the Himalayas in the country’s north east. This region has abundant untapped renewable resources, but load centers are thousands of kilometers away and power must pass through a 22-kilometer wide corridor of land bordered by Nepal and Bangladesh on either side.

“This is a major milestone in the execution of the landmark North-East Agra project, the first multi-terminal UHVDC transmission link in the world, and underlines ABB’s global leadership in HVDC technology”, said Claudio Facchin, president of ABB’s Power Systems division. “We continue to support India in the development of its power infrastructure and integrating more renewables to bring clean power to millions of people. This is a focus area of our Next Level strategy,”

The 6000 MW UHVDC link operating at 800 kilovolts (kV) will have a world record converter capacity with provision for contingencies. The world’s first multi-terminal UHVDC link will have three converter stations – two “sending” stations will convert power from alternating current (AC) to DC for transmission over a single power line that will pass through the narrow corridor and deliver it to a “receiving” station in Agra where it will be converted back into AC for distribution to end users. There is also a provision for reversal of power flow from Agra to North-East. The multi-terminal solution considerably reduces costs compared to the alternative of running separate power links from multiple hydropower plants to Agra.

UHVDC transmission is a development of HVDC, a technology pioneered by ABB more than 60 years ago and now a preferred solution to transmit large amounts of power over long distances to high consumption centers with minimum losses. Since its inception, ABB has been awarded about 100 HVDC projects, which represents a total installed capacity of more than 120,000 MW and accounts for around half the global installed base. ABB also has an impressive HVDC track record in India, including Rihand-Delhi, the first such project, commissioned in 1990.