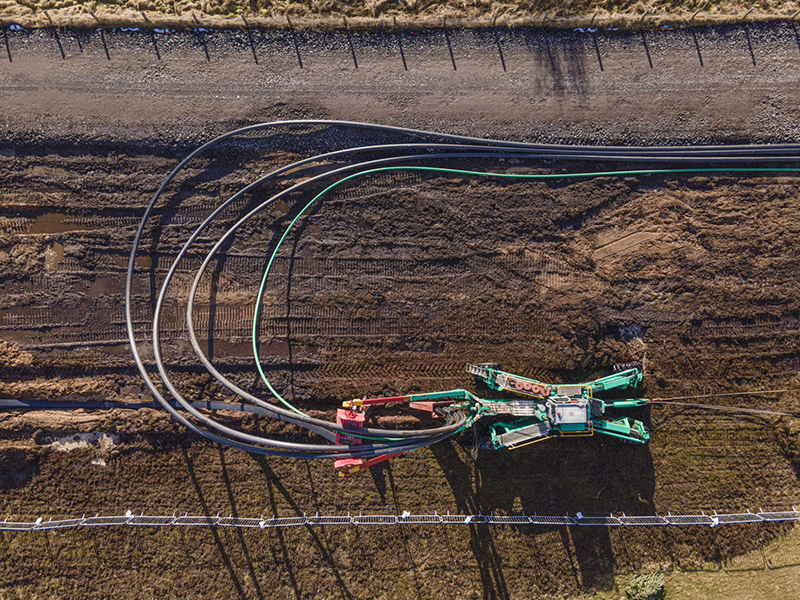 Scotland’s largest offshore wind farm has passed another significant milestone with the successful installation of 19km of onshore cabling for each of three power circuits which run from landfall at Carnoustie to the project’s new substation which is currently under construction at Tealing near Dundee.

“This has been a massive feat of engineering and has included 117 individual cables being installed along the route and has involved crossing the East Coast Main Line, the A90 and the A92 and managing the works to minimise any impact to the Carnoustie and Panmure golf courses.

“This was a key activity of the Seagreen Project to prepare for the export of first power this summer and we would like to take this opportunity to thank the teams involved, the landowners; and the local residents for the patience and understanding shown while this work was undertaken. We are now in the final phase of work of reinstatement and replanting of the land affected by the cable route which will continue to the end of the year.

“With the support of our contractors Nexans and Linxon, we are also in the process of donating a number of our cable drums to local schools in Carnoustie, Murroes and Tealing where they will be used within each school’s playgrounds.”

Landfall works at Carnoustie were completed earlier this year and since then the project has also successfully completed the second of three cable pulls at landfall to support the connection of the offshore cables to the onshore cables.

The Seagreen Wind Farm is a joint venture project between SSE Renewables and TotalEnergies and is currently under construction around 27km off the Angus Coastline.

Once operational this site will become Scotland’s largest and the world’s deepest fixed-bottom offshore wind farm and will provide enough clean power for around two-thirds of all Scottish homes.